What is a Kinky Kontrol? Well, currently that can be answered in (at least) four ways.

Where did Kinky Kontrol come from?

Kinky Kontrol has been floating around as a loosely functioning business since about 2007, when your narrator, Kebin, henceforth referred to in the first person "I," was living and playing music in Osaka, Japan with a band called Panda, No Panda. The Kinky in Kinky Kontrol was named primarily after the region where I resided: Kinki. But it's also Kinky because I like to keep things weird. And the "K" in Kontrol comes from my love of Korg controllers. But it's also Kontrol because I intend to hold it down no matter where I set my tent poles.

At the time of its conceptualization, Panda's main beat maker Shingo Asari (also known for his remixes for The Vandals and other Kung Fu Records acts) decided to leave the band and focus on his family. 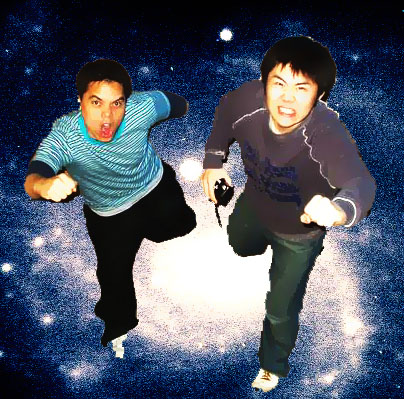 Up until then, my main function in the band was on vocals, songwriting and lyrics. When Shingo left, I had to make a choice: give up or figure it out. Now if you know me personally, you'll probably know that very rarely does giving up enter my thought process. So I decided it was time to figure out how to make beats for Panda, No Panda! From scratch. Without very little knowledge or experience with sequencing in my pocket to work with. I got myself a copy of Ableton Live, an audio interface and mic, and a midi controller and started figuring shit out. Reading blogs, watching YouTube videos, trial and error, making trash and making mistakes... Eventually I had it down to the point where I could do it on my own. Well, with the help, in this case, of my hilarious best friend Dabey to keep the shows light, lively, and a little bit dangerous.

Once set, we toured all over the world together, from Singapore to the Philippines and the States as well, not to mention all across Japan. Along the way, we met some characters that I wanted to work with, and I produced and put out an EP for a pair of fembot-aliens called Mash Cucumber.

When I returned to Los Angeles in 2010, I started Skapeche Mode and later joined Ed Kampwirth's (Suburban Rhythm) brain child Punker In The Headlights, while working for the family construction business. I wanted more creativity and independence in my life, so I decided to take Kinky Kontrol from carpet-bagging bedroom record label to the next level and go legit. I filed my paperwork. I opened a shop in south LA. I got a business loan. Tami from The Goodwin Club came in and painted a bitchin' mural of my hero Mr. T on my wall that makes me happy every time I set foot in the shop top work. And here we are, still trying to process everything while pressing forward in reckless but inspired and progressive fashion. 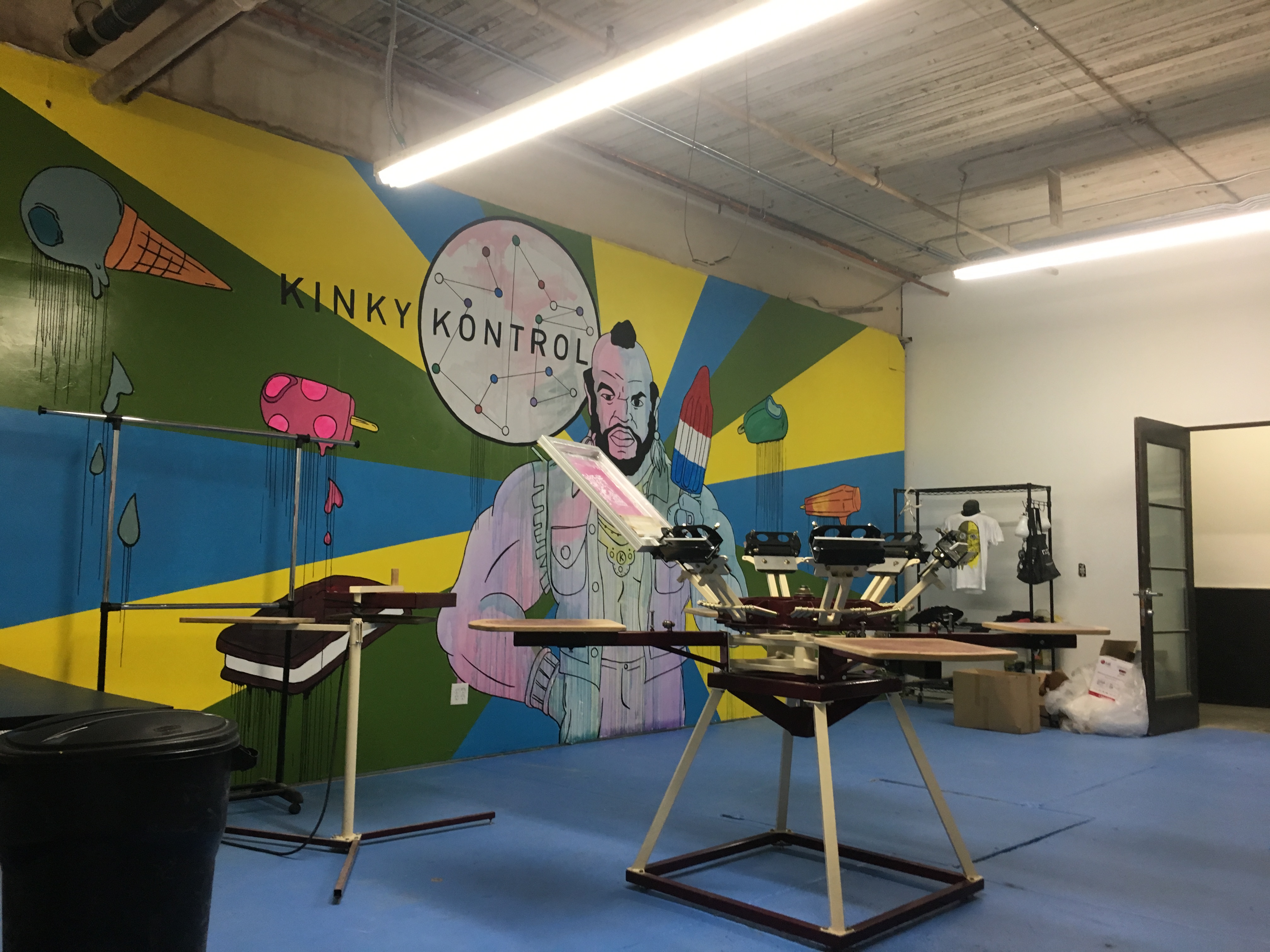 It's December 2017 and the shop is just barely getting its act together. Currently you can purchase releases from our catalog, buy some of my original shirt designs and collaborations with rad artists, get some t-shirts and/or pins screen printed by me for your band, and watch this thing slowly grow. It's a venture that's quite exciting for me. Something I've always dreamed of doing, and welp, here we are. I'll fully admit to having no idea what I'm doing half the time, but that's pretty much how I've always done anything. I get an idea, know what I want in some fuzzy form, and then dive in and try and figure it out along the way.

I appreciate you coming to visit our humble abode. Please come back again soon, as tides have been shifting quickly and steadily. The to-do list is five miles long and it's chipped away at every single day. Seems like the more there is to do, the more ideas I get, and that gets added to the list too.

Thank you for reading.